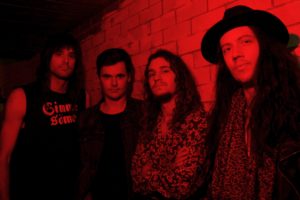 Originally called Slick Lips, the group have been playing Perth’s local music scene since 2016, having played most major venues both locally and regionally. The Ivory Lies released their debut EP – “Road to Seduction” at the start of 2018 which encompasses 5 balls-to-the-wall rock tracks best served loud!

The group released single New Obsession late 2018 and latest single Drifting Away in May 2019. Having supported Radio Moscow (USA), 1000 Mods (Greece) and sharing the stage with Perth’s most prominent rock bands, The Ivory Lies have an exciting future ahead of them.