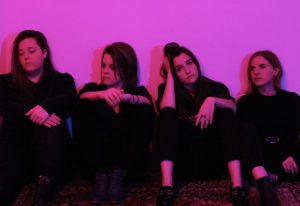 Often compared to artists such as Silversun Pickups and Warpaint with their synth-heavy, riff driven sound, Tether are set on a promising trajectory and are quickly garnering attention for their energetic live performances.

The Mascara Snakes
Scroll to top