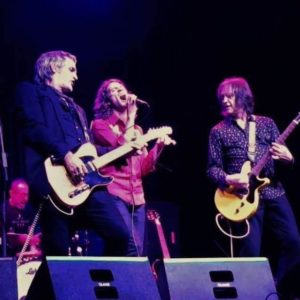 For about a year Andy Shadburne, Greg Hitchcock and Nick Sheppard have been writing songs – catching up once a week at a Church Hall in Fremantle. It soon became obvious that these compositions should be aired in public, and so they were! But what should the resulting group be called? A hundred and one band names were thrown into the hat, and none worked. Until a friend pointed at a quote written on the wall of the church – “Be ye kind one to another, tenderhearted, forgiving each other” – The Tender Hearts were born!

The Clash, You Am I, The DomNicks and Datura4 are just a few of the outfits that preceded this new project. But there is a freshness, a newness, a chemistry to this partnership that renders history obsolete.