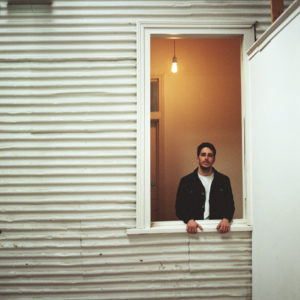 Camarano is the almost-eponymous moniker of Perth songwriter-producer-engineer Mathew Cammarano. Camarano’s debut 2018 EP  Somebody Else was a bolt from the blue – a fully formed, impeccably executed dream-pop delight that clocked up over 600k Spotify plays and a WAM Song Of The Year nomination.

Camarano’s 2019 EP Shadow Calling is his strongest body of work yet, exploring the themes of of self-discovery and doubt, songs which give voice to the common anxieties of young people. By way of apprenticeship, the multi-instrumentalist has played sideman on guitar, bass and keys for acts including The Money War, Michael Savage, The Peppermint Club, Nicky Sandover and Bri Clark.