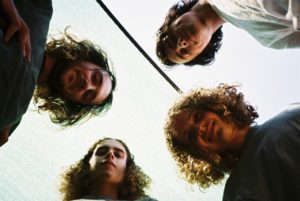 Based out of Fremantle, WA, HAIRCARE provides you with the essentials of Lo-Fi Indie Pop/rock and synth wave nostalgia. Drawing influences from many styles, the band’s sound is found through exploration within the studio and the curious match ups of complementary rhythmic and melodic patterns.

After some friends expressed their love for “Young Muscle” it was released in April 2018 as their debut single with their second single “Blinding Cordoned States” being released in November later that year putting them on the map and gaining them national interest throughout the industry.

With two singles under their belt the band have been in and out of the studio at Tunafish Recording Company (owned and operated by Brod) working on new music between members Jack Gaby and Oscar van Gas touring with close friends Stella Donnelly and Mosquito Coast.