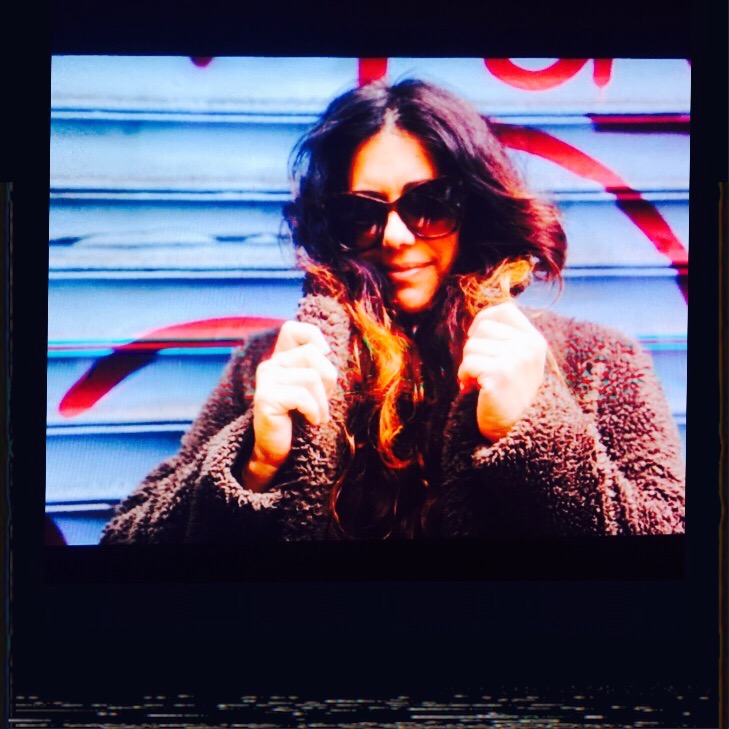 TREVALENE 2019
A Fremantle musician at heart, Trevalene’s wandering spirit has
seen her travel all over the world and discover more about
herself with each new adventure.
A fixture on the Fremantle and Perth music scenes in previous
years with Pussy Galour and The Honeyriders, Trevalene’s band
life always saw her grounded as a guitarist and backing
vocalist. Two years spent living in Sacramento, California, in a
new life chapter and away from home familiarities, however,
saw her embark on a solo music endeavour with her own voice
to the fore.
“For all my life I was never confident enough to be a lead
singer,” she says, “but when I got to California, I was by myself
and I thought, ‘I can be the lead singer. I write all the songs!’
“I’m more confident with how I’m singing now, and I can hit all
the notes. I discovered my voice at 47 (laughs).”
Discovery is a recurring concept in Trevalene’s life. Following
the end of The Honeyriders music took a back seat as she
spent eight years in Israel and studying yoga. The call of
motherhood then ensured her guitar case remained unopened
for some time. With her husband, Ori, Trevalene eventually
formed The Dashleys and played some shows in Tel Aviv and
Fremantle, but before long the opportunity came to live in
California with his family. This in turn gave her the chance to
re-embrace her own muse as she dived into songwriting and
recording as a bona fide solo artist.
“I wrote the songs as you hear them,” Trevalene explains. “I
didn’t do any editing. I challenged myself. It was all about the
feeling.
“But also, I hadn’t played for many years. Everyone would say
to me, ‘what do you do?’ and I’d say, ‘I’m a musician but I
never play any music’ ,(laughs). I thought, ‘I can’t tell people
I’m a musician if I don’t play music!’. So I made a conscious
decision to play music and be a musician again.
And it was really amazing – while the kids were asleep, I’d
write music.”
The muse, it seems, returned quickly. Writing in her
Sacramento lounge room, the floodgates simply opened.
“Because I hadn’t played in so many years, I think the tunes
were already there waiting to come out,” Trevalene explains.
“Every time I sat down, I wrote a song; I think I’ve got about
50 songs that just haven’t gone away. I just write.
“It feels like a very productive time. I keep wondering if the
music’s gonna go, but it just keeps coming.”
Now available on Spotify, Trevalene’s collection of songs
explore a variety of different genres, from dance to rock and
alternative feels with themes that reflect long-distance
thoughts of Fremantle (Back Home), going to California (Stand
On Your Own) and being, well, In Love.
“I wanted it to be raw,” Trevalene says. “I wanted it to be about
the feeling of the songs.”
“The songs are kind of about being in America. A few of the
songs are about the park our house overlooked and then
there’s Back Home. Every song is really different; some are
about love, some about experience, whatever was happening in
the moment of writing the song just came out.”
Significantly, Trevalene is very much Back Home now, having
returned in April. Accompanied by a reconfigured line-up of The
Dashleys (featuring members of Oats Supply and DJ Paul
Malone) she will perform at the Hidden Treasures Winter Music
Series, debuting songs born of California within the warm
embrace of Fremantle.
“It’s bit nerve-wracking, your home audience is always the
hardest one to crack,” she laughs, “but it’s exciting because I
started playing music in Fremantle. There’s a lot of memories
in Fremantle. I played a bit in California but there’s nothing like
playing in Fremantle. It’s home.”
Having recorded her album of new songs in her lounge room,
Trevalene is keen to head into the studio with The Dashleys for
her next release. She’s not only back home, Trevalene is BACK.
“The next step is to get the new songs that are in my head
out,” she notes. “Now I actually feel like a musician again. Not
just a mum!”