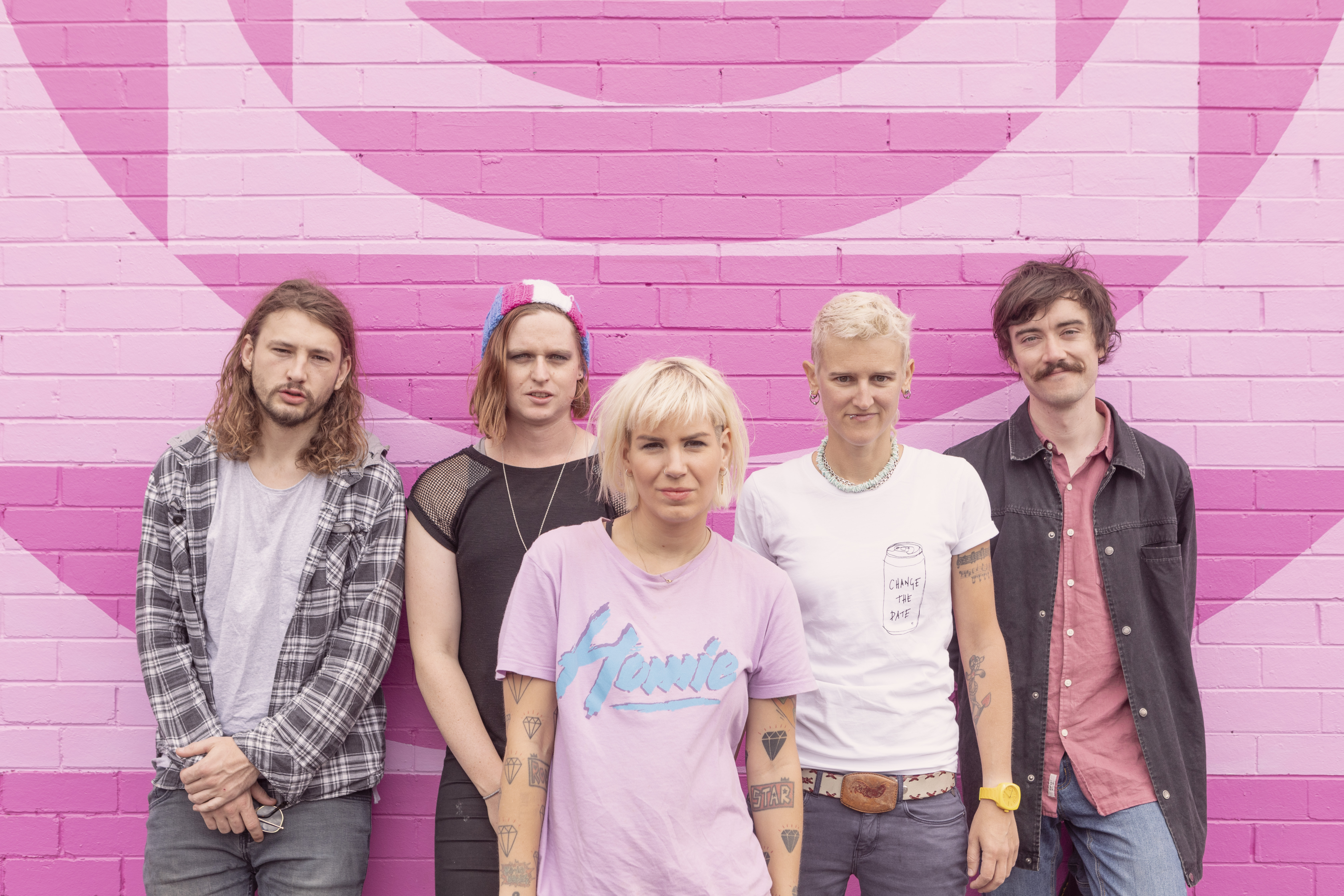 You know you’ve witnessed a rock and roll event when you fear for the safety of the performers on stage.  Axe Girl’s, front woman, Addison, performs as if her very existence depends on it.  From the moment she steps up to the mic and the band rumbles into powerful motion behind her, she’s transported, visiting us from another world.  A reality where the only thing that counts is the intensity and urgency of the performance itself.

When Axe Girl perform, expect to see jaws drop; audiences that weren’t sure what they were about to witness rush the stage to get closer; people compelled to movement.  Axe Girl are the authentic item and they mesmerise audiences like few bands can.
Hailing from Fremantle, Western Australia, where it’s long been known that some kind of magic periodically releases to the world a band of unique majesty, Axe Girl are in good company.  And they’re that good, nay great, that it’s not a stretch to say that they’re next in line to be taking their own version of the Fremantle sound to the world.  On top of their incandescent live show, Axe Girl have a swag of songs cast in their own original mould — yet almost instantly familiar — that will open any doors they want to step through.

Get along see Axe Girl at Hidden Treasures, and witness for yourself the raw power that will make them the next big thing on the international stage.

Abbe May – Howl and Moan